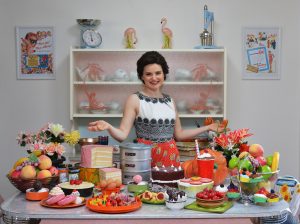 A musical biography of a true Aussie legend based on her bestselling autobiography. Margaret Fulton reigned supreme on our country’s cooking scene, awarded an OAM in 1983 and later identified as a National Living Treasure. The Margaret Fulton Cookbook encouraged Australian housewives to experiment with more interesting ingredients, straying from the old tradition of meat and three veg. This delightful musical romp follows her journey from humble beginnings to super-stardom. Follow The Events Centre! Facebook | Instagram

NORMIE ROWE AM was Australia’s first King of Pop with hits including “Shakin’ All Over”, “Ohh La La” and “It Ain’t Necessarily So” and starred in a myriad of stage shows including “Annie”, “Chess” ,“Evita” and as Jean Valjean in “Les Miserable” . He has done it all. DINAH LEE (the Queen of the mods) is a New Zealand born singer with hits including “Don’t You Know Yockomo”, “Reet Petite” and “Do The Blue Beat” and is acknowledged as New Zealand’s greatest musical import to Australia. JADE HURLEY OAM dubbed by Johnny O’Keefe as…

Melinda Schneider – A Farewell To Doris 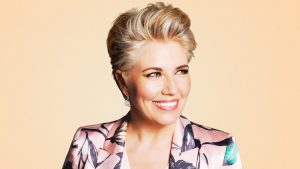 Following the recent passing of the legendary Doris Day, acclaimed Australian singer Melinda Schneider pays tribute to her childhood idol in A Farewell To Doris, performing all of Doris’ timeless hits, including Que Sera, Sera, Sentimental Journey, Everybody Loves a Lover and Secret Love. A nostalgic concert celebration of a remarkable life. Follow The Events Centre! Facebook | Instagram

ARIA Award-winner Anthony Callea is excited to be hitting the road again in 2021 for his 'Together Again' Tour performing The Events Centre (TEC), Caloundra on Saturday 26 June 2021. With a career spanning over 16 years and 7 hit albums, Anthony Callea is undoubtedly one of Australia’s finest entertainers and the ARIA Award-winner will take to the stage with his full band and deliver a truly spectacular LIVE music experience. “Music is a universal language, it brings people together…