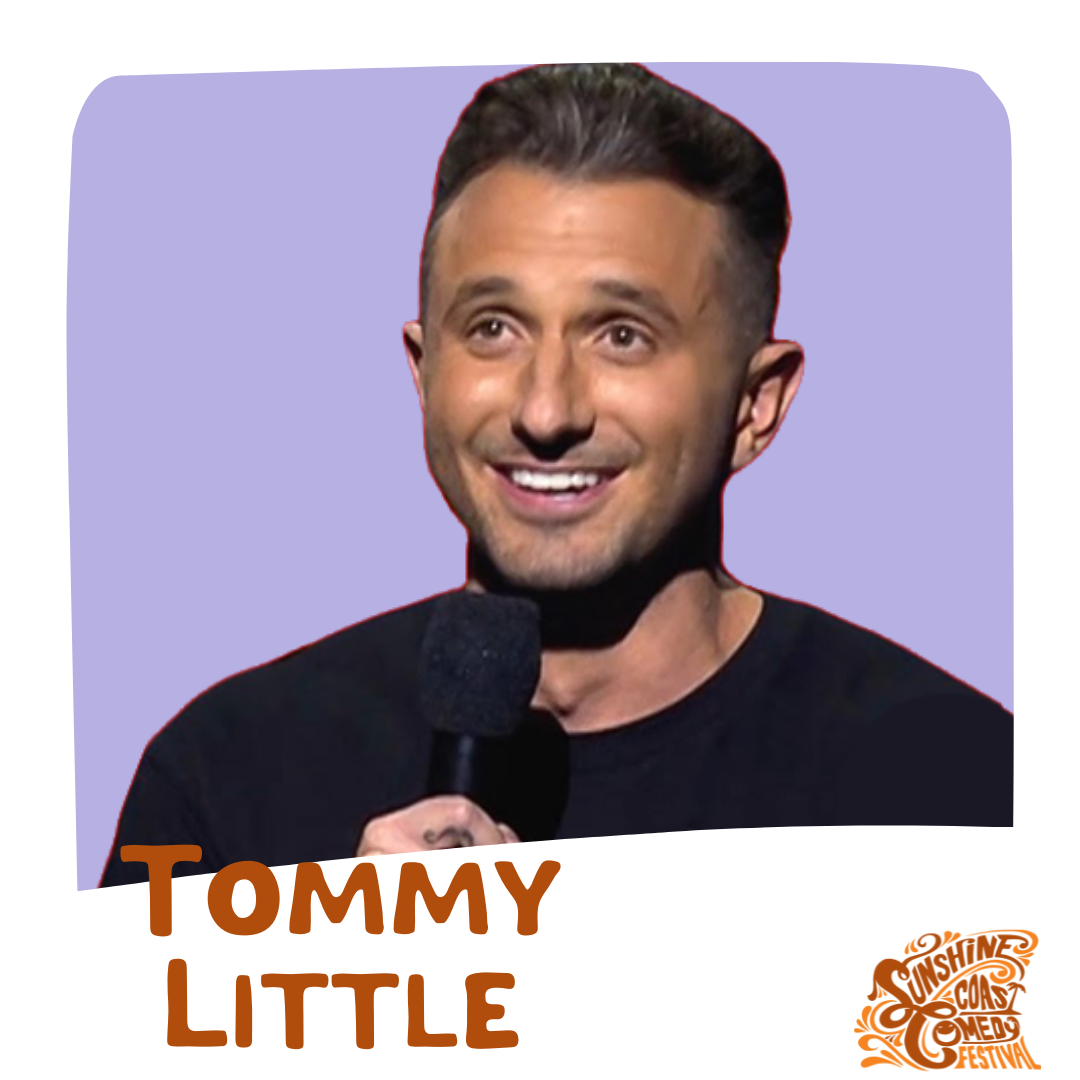 Tommy Little is one of the country’s most exciting comedians, having smashed it at festivals and clubs around the country and overseas since he hit the comedy scene in 2007. Energetic, surprising, and completely engaging, he has enjoyed both sold-out shows and rave reviews.

As well as continuously touring the country with his critically acclaimed comedy, Tommy is an increasingly familiar face on our television screens. He has hosted the Comedy Channel’s Whose Line is It Anyway? Australia, the Just for Laughs Stand Up Series live from the Sydney Opera House and the Melbourne International Comedy Festival’s Big Three-Oh! series. Tommy is also a regular fill-in guy for the funny chair and reporter on Network Ten’s The Project, a role which has gained him national attention. On top of being the go-to fill in during the week, was appointed as the permanent host of The Sunday Project which premiered in late 2017.

Tommy is also one of Australia’s premier radio broadcasters, having co-hosted Nova 100’s breakfast team in Melbourne with fellow comedian and good friend Meshel Laurie, and hosted an afternoon show on the HIT network with friend and Project host Carrie Bickmore.