The Kings Of Country Rock Tour 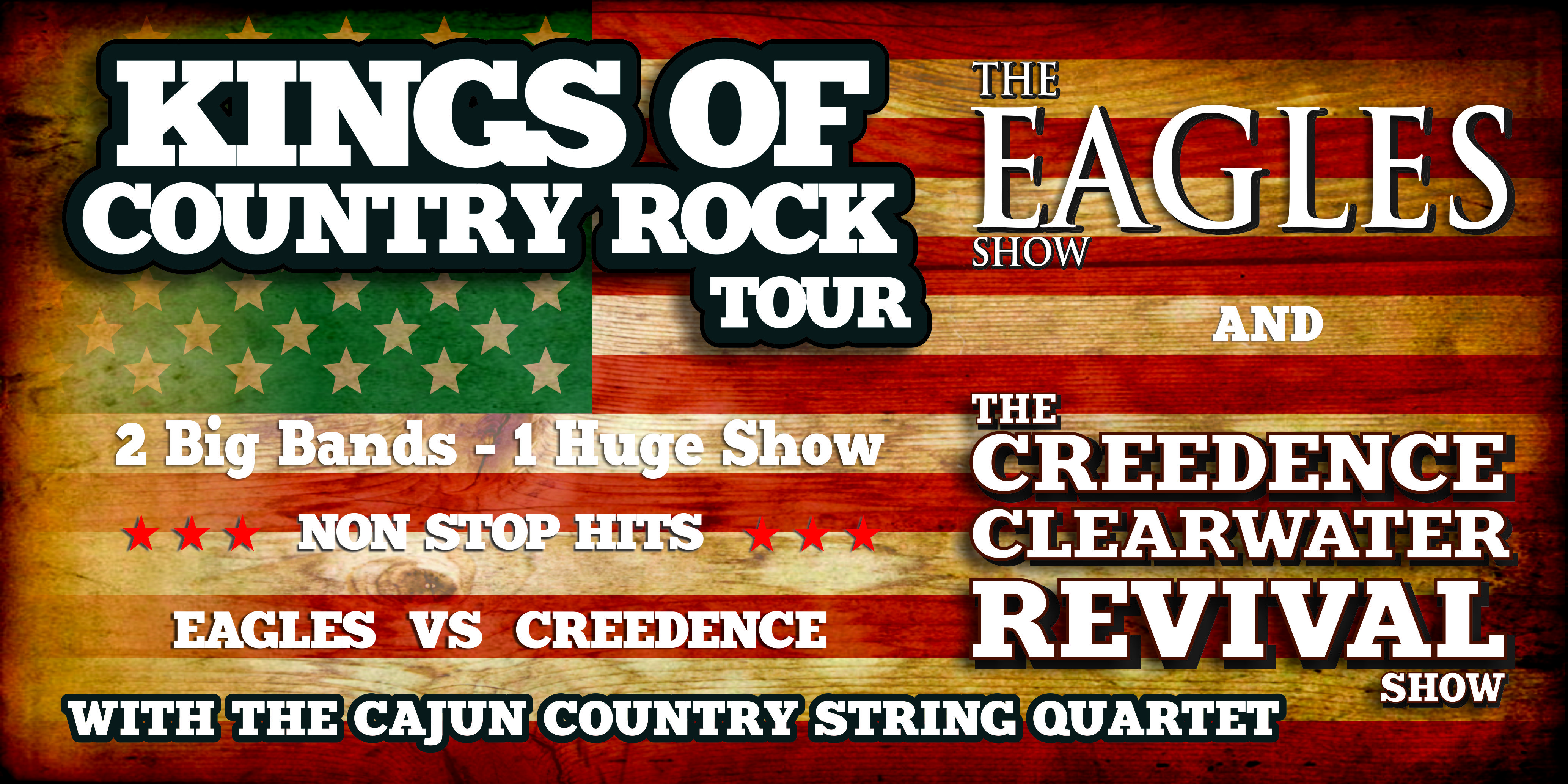 An epic musical salute to America’s number one country rock legends: The Eagles and Creedence Clearwater Revival. Featuring 30 timeless rock and roll classics, that defined The Eagles and CCR as 1970’s superstars.

Part one of the highly acclaimed show takes the audience on a musical journey of The Eagles, the highest-selling American band in the U.S.  Master pieces such as; “Take It Easy”, “Witchy Woman”, “Already Gone”, “One of These Nights”, “Lyin’ Eyes”; “Take It to the Limit”, “New Kid in Town”, “Desperado”, “Hotel California” and “Life in the Fast Lane” are all faithfully reproduced.

Part two of the show kicks into overdrive, featuring the chart topping sounds of San Francisco’s favourite sons Creedence Clearwater Revival.  With more than 26 million album sales in the U.S. alone, it was CCR’s take of Dale Hawkins’ rockabilly classic “Suzie Q” that set an irrepressible force in motion and making the band a platinum household name.  CCR anthems such as “Proud Mary,” “Bad Moon Rising,”, “Up Around The Bend”, “Born On The Bayou”, “Have You Ever Seen The Rain”, “Travelin’ Band” and “Green River” are sure to get you grooving in your seat.

The Kings of Country Rock Tour, with the Cajun country string quartet, is much more than a concert; it’s the ultimate rock experience. The cast of 11 multi-talented and internationally respected musicians bring to life a stage show unlike any other.