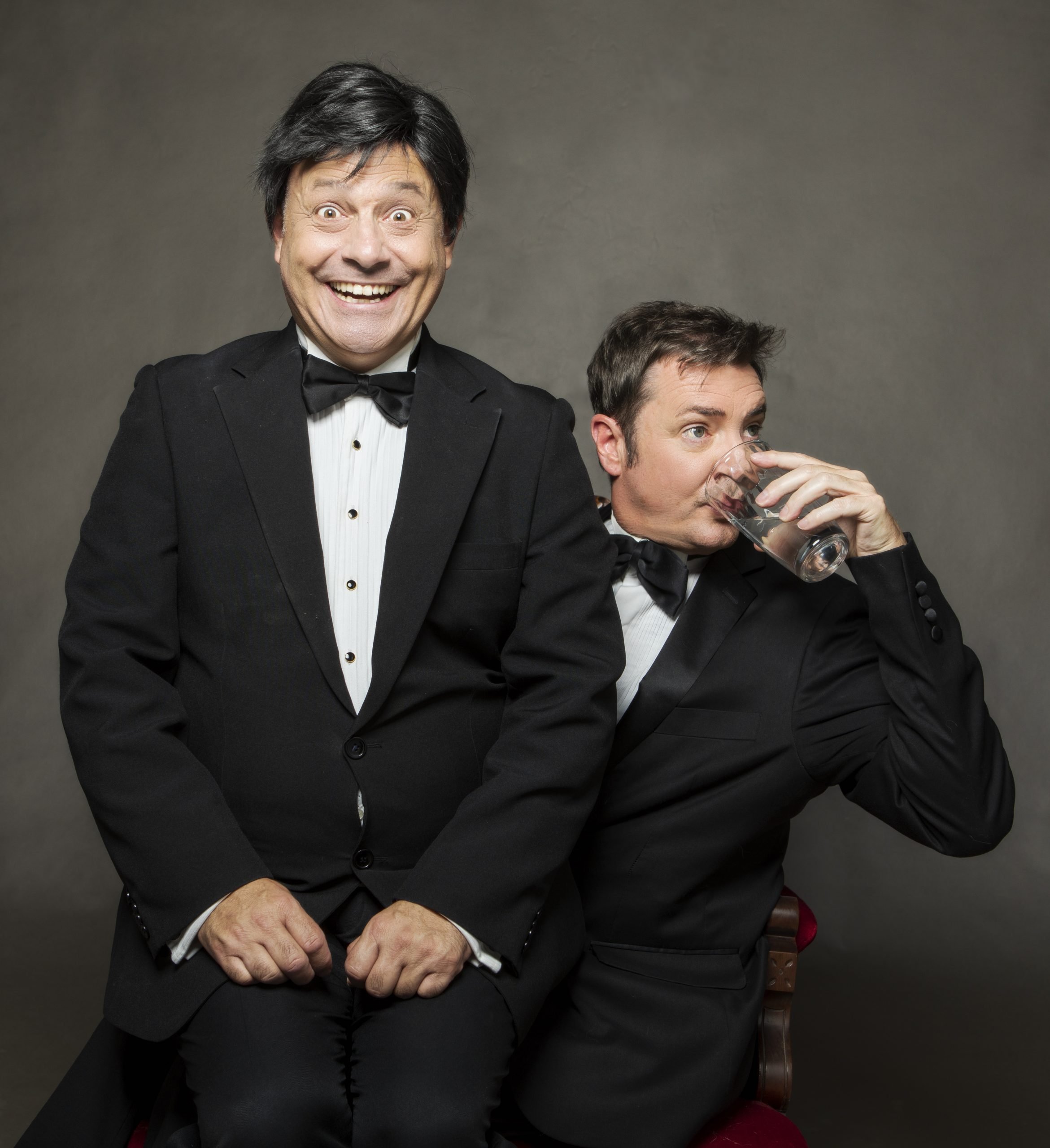 Take a couple of swingers, hand them microphones, slip them into tuxedos and what do you have?  The Swingin’ Martinis!!

With a double scoop of comedy, a generous serving of musical mayhem and some good old slapstick, The Swingin’ Martinis have put together a cocktail that any self-respecting Swinger will not want to miss out on!

Johnny Reid and Vinny Nowell (aka The Swingin’ Martinis) have worked together in various guises for over 20 years and it shows! They share the same dress sense (nothing less than a tuxedo) and from the very second they enter the room there is an energy and expertise to their show that is staggering.

They swing their way through an array of classic tunes that have the audience singing along at a cracking pace! But make no mistake, this show is not just about a couple of guys who can sing well, it is also a classic comedy double act that has elements of voluntary and contagious audience participation.

With a show that is high energy, musically entertaining, interactive and a whole lot of fun, many clients have felt the urge to say “Dean and Jerry live again”.