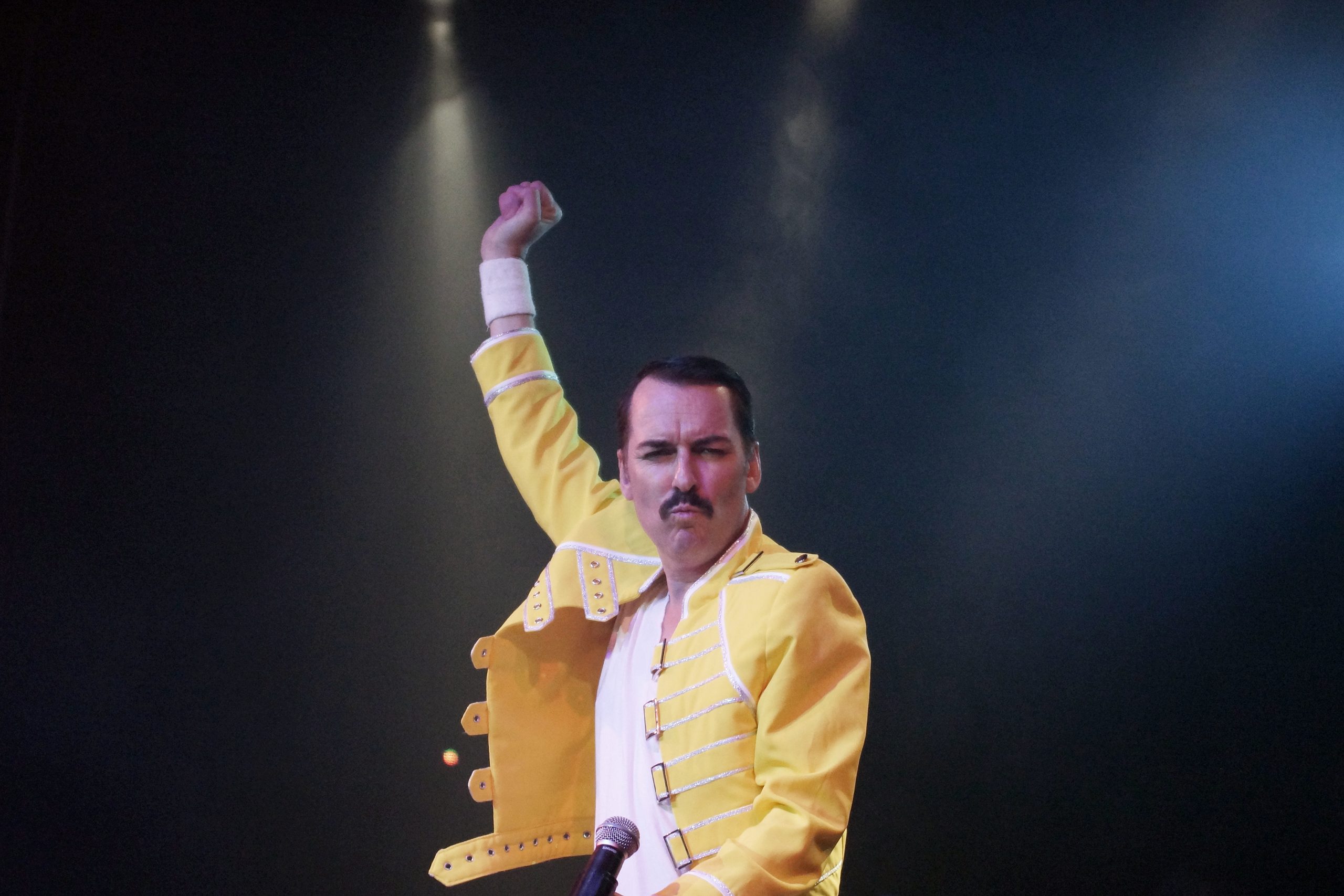 Following a hugely successful 2019 sell-out tour, Queen – Bohemian Rhapsody are returning with a brand new show in 2021 combining Queens ‘Greatest Hits’ and a few of the most popular songs on their albums.

The hit movie Bohemian Rhapsody exposed this fantastic band to a much wider audience making Queen more popular than ever. Without a doubt, Queen is amongst the greatest rock bands of the twentieth century and Freddie Mercury is hailed by many as the most charismatic and flamboyant performer in contemporary rock.

Fans of the successful British rock band will be well aware that a huge part of the Queen live experience was their stage presence, flamboyance, theatrics and energy.  The sensational Thomas Crane with his hot band Bohemian Rhapsody bring those traits to the stage in their visual and energetic rendition of a Queen live experience.  “Everything is here, right down to the trademark cheeky banter and singing contests between Freddie and his audience,” Crane said. “Bohemian Rhapsody manage to take everything that made a Queen show unique, and bring it back to life before your very eyes and ears.”

Queen, Bohemian Rhapsody will perform all the great hits like We Will Rock You, Crazy Little Thing Called Love, We Are The Champions, Radio Ga Ga, A Kind of Magic, I Want To Break Free, Another One Bites the Dust, Bohemian Rhapsody.

‘YOU’VE SEEN THE HIT MOVIE…… Now SEE THE sensational SHOW that everyone is raving about! Come and celebrate the 50th anniversary of super group Queen.