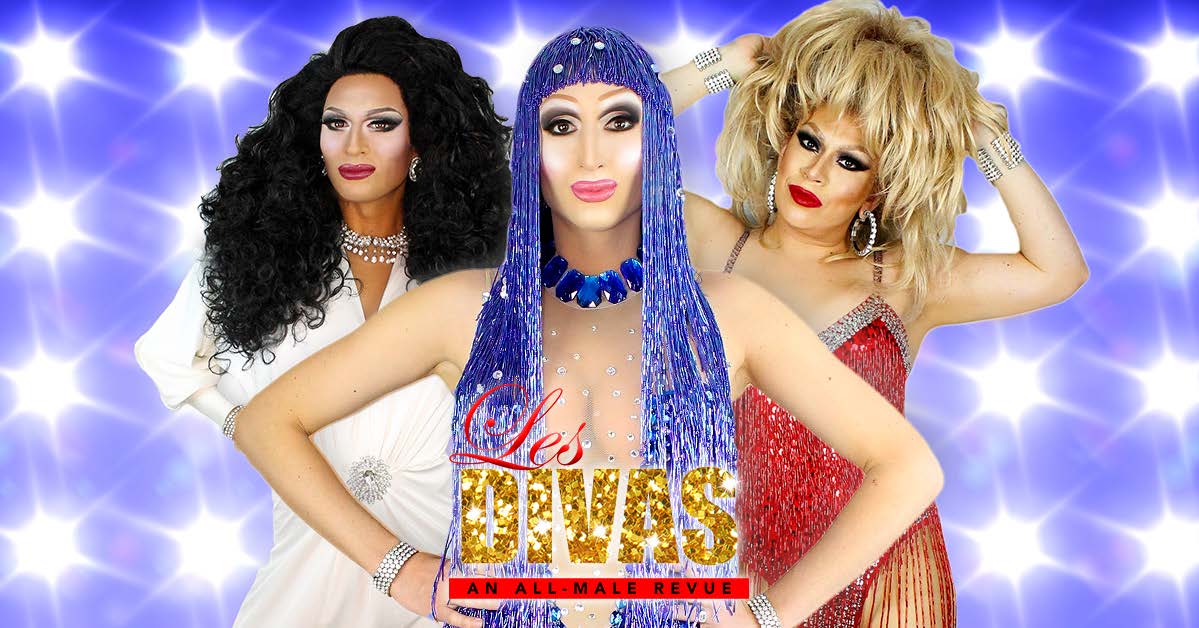 From the producers of Prada’s Priscillas comes Les Divas: An All-Male Revue.

Australia’s six-foot something songstress Prada Clutch plays the Goddess of Pop; Cher in her new show set on the Las Vegas Strip featuring an allstar line-up of her most famous friends.

The all-male revue includes some of the world’s greatest divas including: Barbara Streisand, Shirley Bassey, Tina Turner, Mariah Carey, Beyoncé, Whitney Houston, Celine Dion, Diana Ross & of course – Cher!  Relive their greatest hits including: If I Could Turn Back Time, Get The Party Started, Proud Mary, I Will Always Love You and I’m Coming Out.

The show is headlined by Prada Clutch; one of Australia’s most in demand live-singing drag queens. Prada has headlined stage shows across Australia, playing both major cities and regional towns.

The show is creatively directed by one of Australia’s original divas from Les Girls of Kings Cross, Monique Kelly. Monique was a cast member of Les Girls from 1973 to 1997.

The show features a cast of seven, choreographed by Stephen Clarke.  Stephen has been dancing and choreographing professionally since 1985.  Stephen’s experience extends to working with Aussie divas Kylie and Dannii Minogue, as well as international divas Cyndi Lauper and Diana Ross.

Witness the greatest divas being impersonated like never before as they tour Australia in 2019.