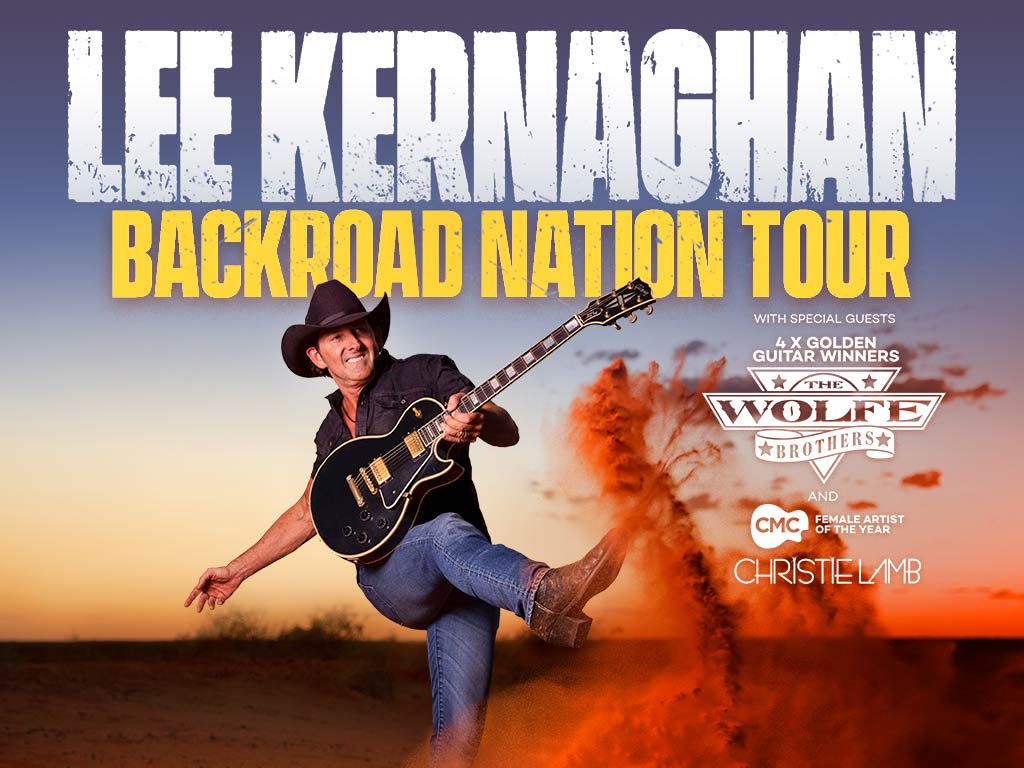 Lee Kernaghan is one of the all-time greats of Australian music with 38 number 1 hits and a ute load of Golden Guitar awards to his credit.

Following his sold out 25th Anniversary Tour Lee began turning his experiences out on the road into songs and a brand new album “Backroad Nation”.

Lee said “Backroad Nation” is a celebration of us, our way of life and the people who make our country great. Much of the inspiration for the songs has come from the people I’ve met and the places I’ve travelled to from Alice Springs to the Deni Ute Muster, from the mighty Pilbara region in WA to backroads QLD and everywhere in between.”

Since the release of his mega hit Boys From The Bush, Lee has scored a plethora of hits with songs like The Outback Club, Hat Town, She’s My Ute, Planet Country, Flying With The King, Australian Boy and Spirit Of The ANZACS – the highest selling Australian album of 2015.

Fans are encouraged to book tickets early to secure their place to celebrate with Lee as he tours the country with his new album and incredible new show – Backroad Nation.