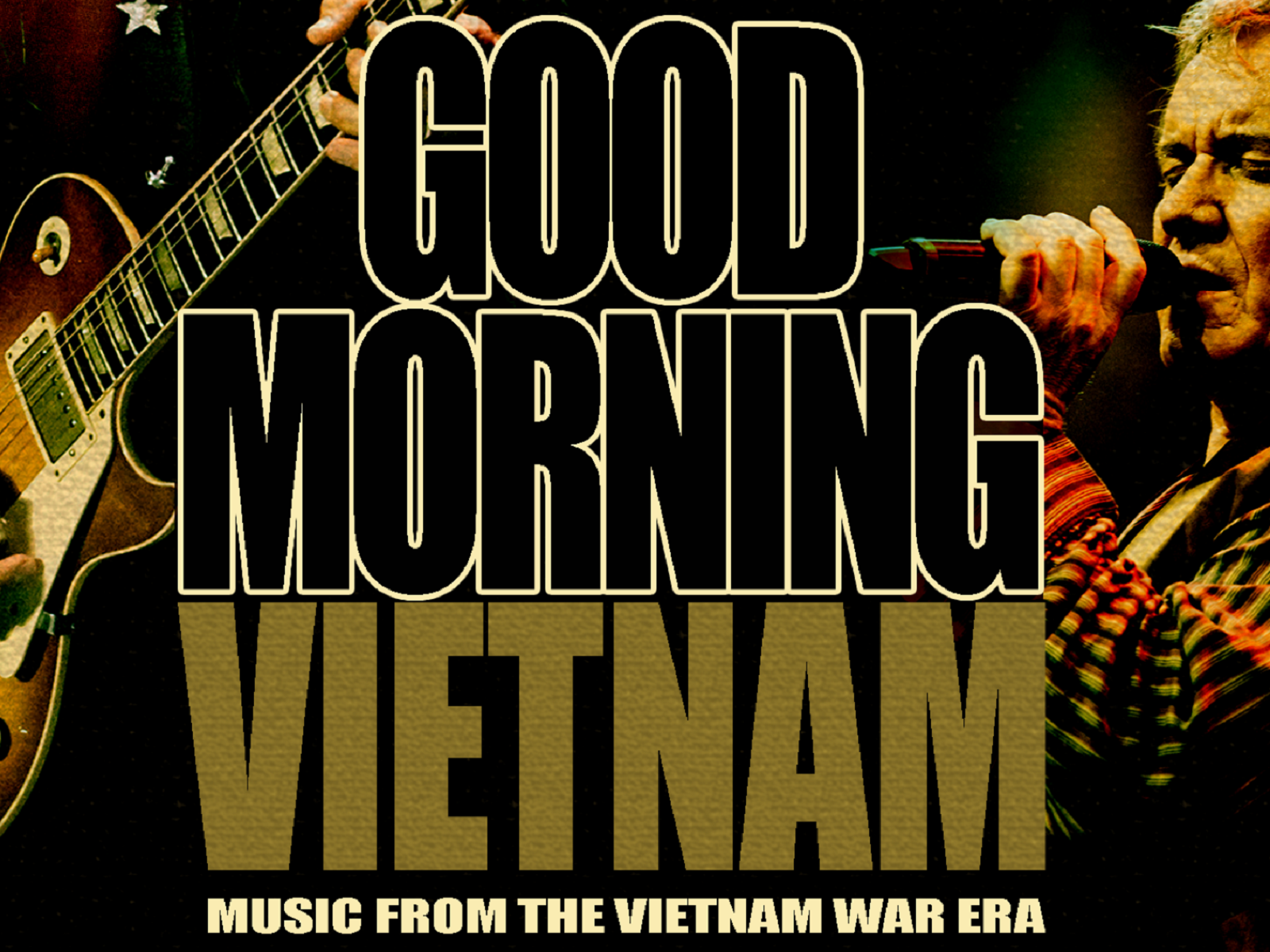 Good Morning Vietnam, Music from the Vietnam War Era – Live in Concert! vividly reimagines the treasured and symbolic songs of the 1960s and 70s that spilled across our airwaves during the Vietnam War… songs that questioned, stirred and reflected the political turmoil and massive cultural changes happening during one of the most far-reaching and divisive events of the 20th century.

This all-new production brings together a group of outstanding musicians and vocalists to deliver superb interpretations of some of the most iconic pop, folk, soul and rock songs of the time. A projection design backdrop adds compelling storytelling and scenescape elements; depicting the groovy psychedelia of the flower power movement as well as images of the despair, protest and resistance that was flaring in the city streets of America and here in Australia.