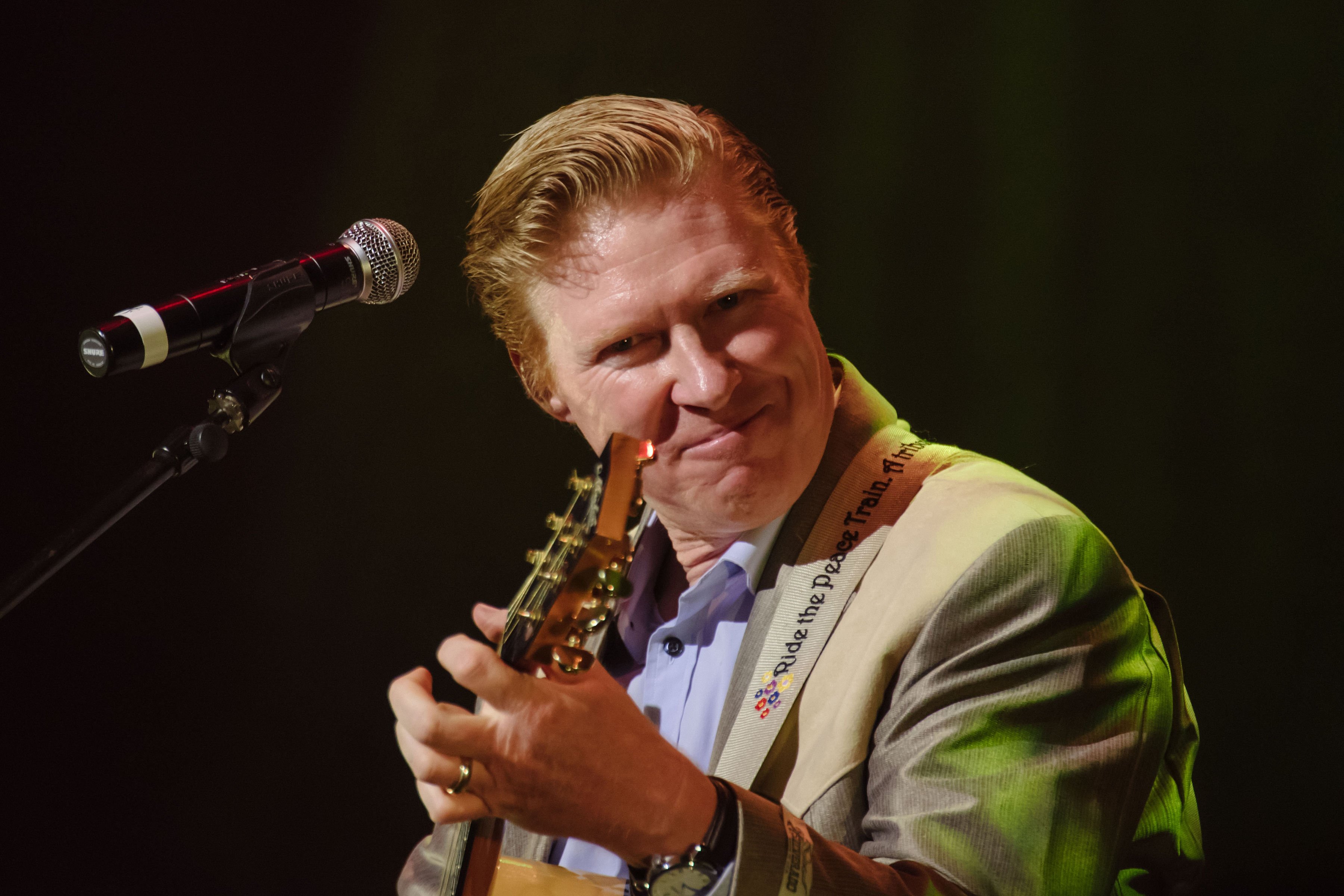 Multi award winning performer, Darren Coggan, returns to his country roots ‘Like A Rhinestone Cowboy’, delivering the vocal authenticity and guitar prowess of the great Glen Campbell. In a personal reflection, Darren respectfully honours the indelible voice behind the golden hits of the 60’s and 70’s including Gentle On My Mind, Wichita Lineman, By The Time I Get To Phoenix, Try A Little Kindness, Galveston, True Grit, Southern Nights, Rhinestone Cowboy and many more.

“Glen Campbell has always been an inspiration to me, from a very early age, he was the reason I wanted to be a country singer, in fact my parents have cassette tapes of me singing Rhinestone Cowboy at the age of about 4. I had the honour of touring with Glen on his Australian tour in 1997, opening up his show each night as a fresh faced, twenty-four-year-old from Wagga Wagga. Glen went out of his way to make me feel welcome, watching my performance from the wings each night and encouraging me to take the road less travelled and be myself.” Reflected Darren.

During a career that spanned six decades, Campbell sold over 45 million records. His guitar touched the landmark recordings of his time. That’s his rhythm line on Sinatra’s ‘Strangers in the Night’, he played bubble-gum riffs for the Monkees; his guitar rings out on the ‘Viva Las Vegas’ soundtrack album by Presley and, alongside his voice, his guitar playing grooved on the Beach Boys’ landmark album ‘Pet Sounds’.

He was a rare breed in the music business, a hybrid stylist at home in both country and pop music, a chart-topping singer and hit television host, a prime mover in the creation of the country crossover phenomenon that made the careers of Kenny Rogers and many other artists possible.

At the age of 81, following his long and courageous battle with Alzheimer’s disease, Glen Campbell took his final bow, but the legacy he leaves behind is expansive, songs that the whole world sang along with, now, remarkably re-created live, by Darren Coggan.