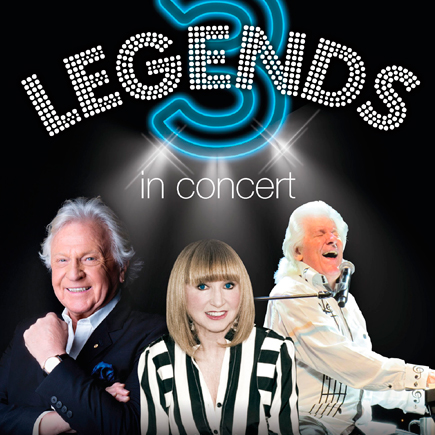 NORMIE ROWE AM was Australia’s first King of Pop with hits including “Shakin’ All Over”, “Ohh La La” and “It Ain’t Necessarily So” and starred in a myriad of stage shows including “Annie”, “Chess” ,“Evita” and as Jean Valjean in “Les Miserable” . He has done it all.

DINAH LEE (the Queen of the mods) is a New Zealand born singer with hits including “Don’t You Know Yockomo”, “Reet Petite” and “Do The Blue Beat” and is acknowledged as New Zealand’s greatest musical import to Australia.

JADE HURLEY OAM dubbed by Johnny O’Keefe as Australia’s King of Country Rock is Australia’s very own Piano Man with the unique record that every record he has release has achieved gold, platinum and double platinum status.